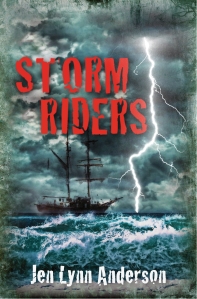 Thousands of years beyond tomorrow, in a hostile and dangerous world, an unlikely alliance – between a young fisherman and a shipwreck survivor with secrets – may be the saving of them both… and of what remains of humanity.

Ben Corley has been alive for eighteen years, and they have been relatively quiet. The island he calls home – one of thousands scattered through the Westerward Main – is a dull backwater near the southern tip of the archipelago, a haven for coastborn refugees usually overlooked by the governing lords of Westerward. The whole of Ben’s life – growing up in a fishing village with his grandfather, his only family – although not of his choosing, has been simple.

Until the morning he stumbles upon the girl on the beach, nearly drowned, with strange tattoos on her arms and legs… and no memory of how she washed ashore. Or why.

A sweeping adventure tale of two young strangers, thrown together under the most peculiar of circumstances. With tyrannical politicians and mortal enemies in pursuit, they flee to the edges of the known world, searching for an extraordinary secret that could alter the foundations of their society forever. A secret worth dying for. And for some, worth killing for.